Keep your company and employees safe by learning about regulations and safety requirements that must be followed when working with propane-powered forklifts. Watch this month’s Forklift Safety Day update featuring Lyndon Rickards, Director of Safety and Compliance.

Click HERE to View or Print a Forklift Safety Handout 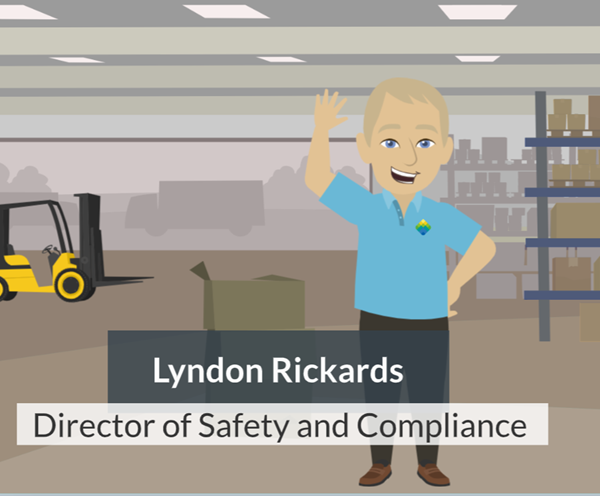 Seventy-five years ago, in 1947, the Pennsylvania Liquified Petroleum Gas Association was incorporated as a 501(c)(6) – a membership based non-profit. In 2005, we became the Pennsylvania Propane Gas Association – and as they say, ‘the rest is history’.  Please plan to celebrate our milestone by attending the annual meeting on June 22, 23, 24 at the Sheraton Erie Bayfront Hotel.

In compliance with the Association’s election procedures, you are hereby notified of the report of the Nominating Committee, which has nominated candidates for the 2022-2023 Board of Directors Elections. The nominations received were unanimously approved at the Board of Directors meeting on March 31, 2022.

In accordance with the Bylaws, members of the Association are hereby advised of your right to name additional candidates for any office. Additional candidates may be nominated by 10 more members, in good standing, filing a written nomination with the Secretary, which will automatically add their name to the list of nominees submitted by the Nominating Committee. The deadline to submit is 5pm, Wednesday, May 11, 2022.

Nominees must be PAPGA members in good standing. The written nomination must include the nominee’s name, company, address, phone, email, and the Board position to which the nominee is being nominated. Nominations received after 5pm on Wednesday, May 11, 2022, cannot be considered.

Ballots will be sent via email through Election Buddy to PAPGA members having the right to vote on or about May 20, 2022. Electronic voting must be completed no later than 5pm, Monday, June 20, 2022.

2022 Board of Director Elections Slate of Nominees

Directors at Large:  Voted on Every Year – may elect up to 5

The Nominating Committee will certify the results of the election. The candidate receiving the most votes will be elected. The new Board will take office at the end of the Board of Directors meeting at the Annual Meeting on June 24, 2022.

Beth Donovan
President, Board of Directors

As your elected National State Director, I want to provide you with important updates and a summary of activities that took place at the most recent National Propane Gas Association (NPGA) Board of Directors meeting held in Palm Springs, California, January 30 – February 1, 2022.

NPGA’s committees and task forces held meetings and discussed issues of importance to all propane industry members. I encourage you to take the time to read my report.

Thank you for the opportunity to represent you.

NPGA secured an extension of the current Emergency Declaration by the Federal Motor Carrier Safety Administration (FMCSA) for 42 states. NPGA’s advocacy was built on information from propane marketers, transport operations, weather predictions, COVID-19 infection rates, and valuable outreach by state and regional trade association executives. The extension enables companies to safely continue deliveries to consumers and bulk storage through the forecasted ‘arctic plunge’ while also working through driver losses due to COVID-19 infections. The waiver is in effect through March 8, 2022.

The federal waiver covers both interstate and intrastate travel within the Commonwealth. Drivers should have a copy of the waiver in their vehicle while using the exemption.

NPGA urged FMCSA to revise the declaration to apply nationwide based on the increasing infection rate of COVID-19 and the winter weather demand by consumers. NPGA continues to advocate for a nationwide declaration by FMCSA and will continue to educate FMCSA on impact across all states.